With SpriCAD® the input of pipeline geometry can be made alternatively with the CAD system BricsCAD. For BricsCAD, a version between BricsCAD 2017 and 2021 Pro or Platinum (64 Bit) for Windows 8.1 or higher, or WinServer 2008 R2 or higher. The usage is very easy and transparent to the normal BricsCAD commands.

The input is graphical either in the plan view or in the isometric representation (you can switch between these two views at the push of a button). Thus, it is easily possible to draw the sprinklers into an existing BricsCAD-drawing (e.g. plan of the architect).

For each pipe length and direction are put in. Each pipe is then drawn in immediately. Hence, the input can be controlled directly. The positioning of the sprinklers can be made automatically by the program or manually.

Both, the location of the pump as well as the location of the most unfavorable sprinkler are available at a mouse click. Per mouse click, all sprinklers within an operation area can be defined. Of course, all possibilities for the duplication of similar pipes are available in this program, too. Changes of pipes or sprinklers can be made by clicking on the concerned elements. A dialog box will appear on the screen where the values can be changed.

By clicking with the mouse on a command all data will be transferred automatically to the calculation program SpriCalc. As a result of the calculation not only a print-out of the whole system can be obtained (which is also possible only with the calculation program) but also water conditions in the net can be graphically displayed. The flowing direction is depicted in form of arrows and the amount of water by different colors of the arrows. It is also possible to present the loss of pressure and the flowing speed graphically. Due to this visualization, a good overview can be obtained very quickly regarding the running amount of water in the pipework. Thus, an alteration of the pipe diameter can have an influence on the net and optimize it.

At the push of a button, forms can be made for the prefabrication. Similar pipes are represented on only one DIN A4 page. Stating the pipe diameter every part of the pipe is measured graphically in isometric presentation and obtains a positioning number of the sprinkler drawing. On the same page, a table listing all necessary pipe parts is also given.

Also, section lists and a compilation of all needed pipes are automatically put together.

A further advantage of the input of pipes via BricsCAD is the possibility of reusing the data of the geometry for e.g. plannings of buildings, plans of architects etc.

Thus, with SpriCAD® the following items can be processed: 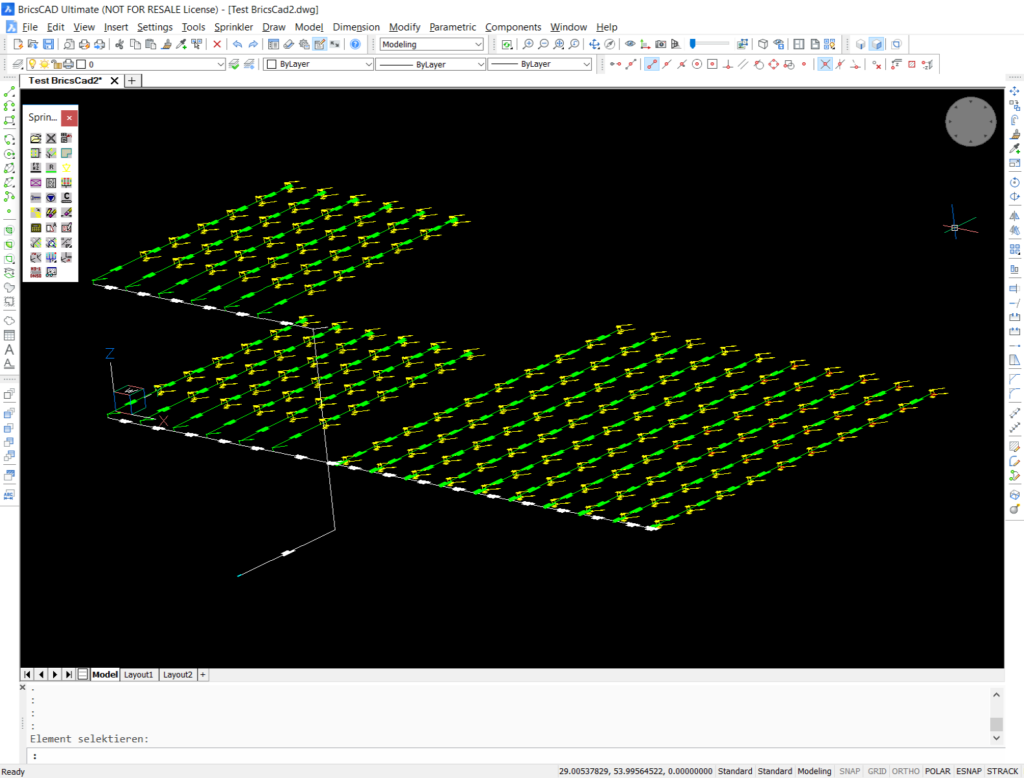 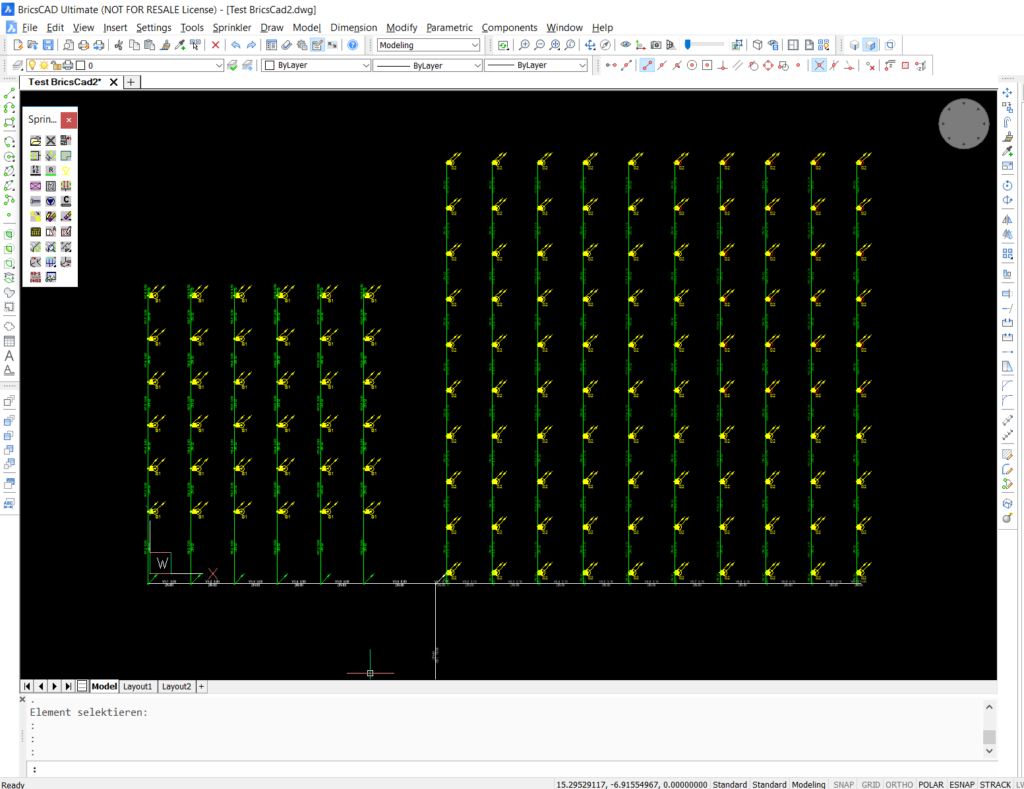 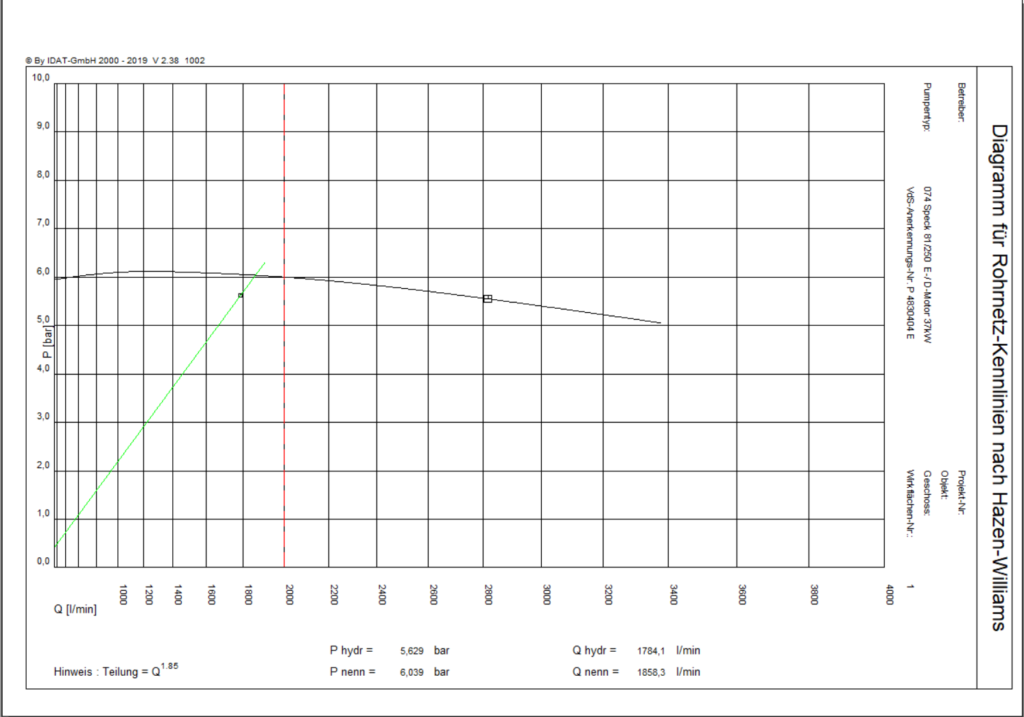 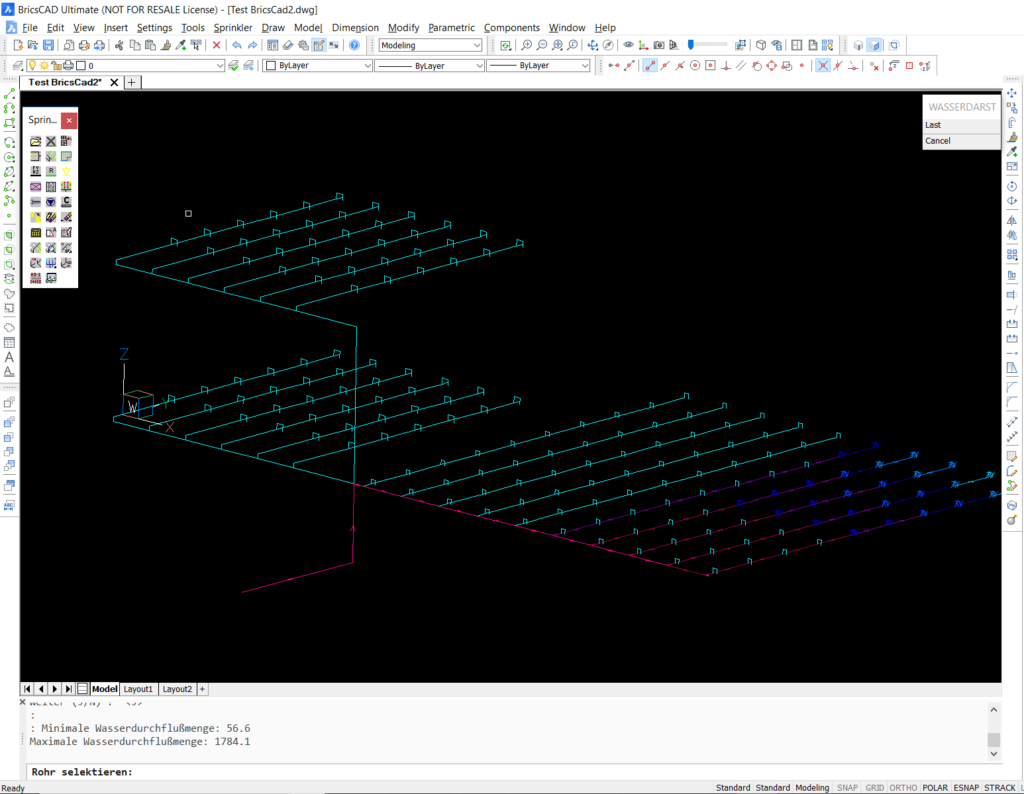 We use cookies to give you the best user experience. If you continue to use this site, we assume that you agree. Further information can be found in our privacy policy. I AGREE!